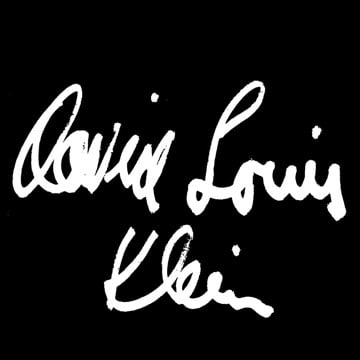 David Klein studied art history, film and philosophy at San Francisco State University. After graduation, he began acting and directorial training at SFSU Theatre Arts as a graduate student and at a SF Theatre Company. After appearing in a few productions he decided to put his artistic life on hold while he focused on his family and has had a successful career as a real estate agent working in San Francisco.

An amateur photographer for nearly his whole life, in 2006 David returned to school to study photography and art at the City College of San Francisco and took up acting again. He has acted in several local films and had the lead on a Biography Channel TV program and in 2019 had the lead in a feature film that is still in post production.

In 2009, David was inspired to use his photography to create designs for fabric prints after discovering how he could "paint with light” by taking photos of street and neon lights at night using long exposures with camera movement to create abstract images. In essence, he moves his camera like a painter moves his paint brush, creating imagery that flows and moves in shapes that reflect the human form and work perfectly for printing on fabrics for fashion and can be applied to a range of products. David also loves to take photos of people, places and things which he uses for creating designs for fabric prints and designing fashion with his prints.

In 2018 David showed prints of his work with SF Open Studios, a solo show in SF at the Towns End Restaurant and in a group show at the Hotel Adagio in downtown San Francisco.  He contributed prints to the Art for Aids charity benefit which sold at auction.

In 2015 David first made a collection of leggings and short body con dresses under the brand name Wild Beautiful Clothing. He then put his aspiration to start an apparel company on hold to learn more about making and selling fashion.  In 2018 he started to make a collection of Qipao/Cheongsam style dresses with his prints working with tailors in the SF Bay Area and a clothing company in Hong Kong.

In 2020 David decided to work with companies that make clothing "on demand" and restarted his aspiration to create a fashion company that makes clothing with his prints.   Please enjoy all of the fashionmade with his prints at www.dlkapparel.com

Gallery/Showroom in Daly City, CA , close by the BART Station, by appointment

The presence of this badge signifies that this business has officially registered with the Art Storefronts Organization and has an established track record of selling art.

It also means that buyers can trust that they are buying from a legitimate business. Art sellers that conduct fraudulent activity or that receive numerous complaints from buyers will have this badge revoked. If you would like to file a complaint about this seller, please do so here.

This website provides a secure checkout with SSL encryption.

Become a member and be the first to receive new content and special promotions.

Your cart is currently empty.

This is only visible to you because you are logged in and are authorized to manage this website. This message is not visible to other website visitors.

The above preview shows how to use the live preview on this website. The image displayed is just an example, and is not available for sale.

This means you can use the camera on your phone or tablet and superimpose any piece of art onto a wall inside of your home or business.

To use this feature, Just look for the "Live Preview AR" button when viewing any piece of art on this website!

Below, select which favorite lists you would like to save this product into.

Enter your email below and we'll email you a 20% OFF Coupon right now!

This offer is valid for NEW CUSTOMERS only!